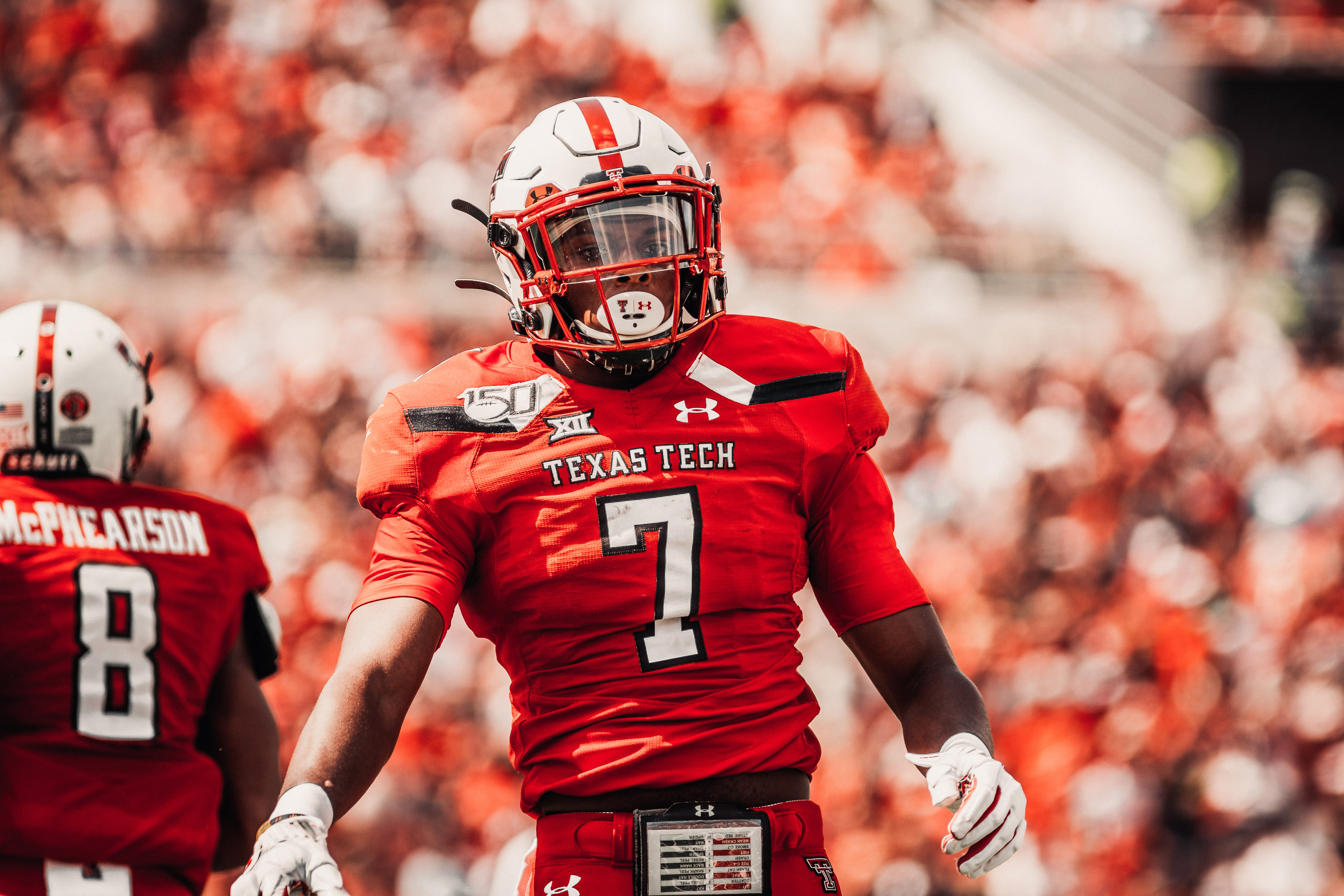 For decades, collegiate athletes have walked the tightrope as they harmonize their efforts on the field with their work in the classroom. It's difficult to do one thing at a high level while also maintaining another with the same level of intensity and integrity.

But that's exactly what Texas Tech football defensive back Adrian Frye does every day.

Coming out of one of the hottest recruiting beds in the nation, Frye was overlooked by many Division I programs, despite his three-star rating as a cornerback prospect. Tech was the only power five programs to offer the Houston, Texas native, giving him the only chance he needed to succeed.

He quickly became a household name for Red Raider fans, turning in one of the most impressive debut seasons in school history a year ago. Frye closed out the year with a team-leading 13 pass breakups and five interceptions, the most picks by a Red Raider in a season since Darcel McBath recorded seven in 2008. It was the most interceptions by a freshman in a single season since former All-Southwest Conference safety Tracy Saul in 1989.

Frye's inaugural season also made waves on a national level, as he garnered Freshman All-America honors from the Football Writers Association of America (FWAA) and was selected to the All-Big 12 first team.

His success wasn't limited to the turf. Over the summer, the Big 12 Conference selected Frye to participate in their annual Big 12 Champions for Life campaign, which highlights student-athlete's life-changing stories through the opportunities given to them via academic scholarships.

Frye most recently represented the Red Raiders and the Champions for Life at the 2019 Big 12 Media Day at AT&T Stadium in Arlington, Texas where he spent the day networking and building relationships with fellow student-athletes from around the conference. "As badly as I want to play football at the next level, I want my grades to be at a high level as well," Frye said. "I've been given so many opportunities here at Tech, and I strive to succeed in the classroom just as much, if not more than I do on the football field."

At Texas Tech, student-athletes are given an abundance of resources to succeed and develop in their academic, personal and professional lives. The Marsha Sharp Center for Student-Athletes, the J.T. and Margaret Talkington Leadership Academy and the newly-constructed Sports Performance Center are first-class facilities provided for the enhancement and enrichment of the experience for student-athletes in Lubbock.

Student-athletes are consistently given chances to grow and learn, while also giving back to the local community.

"We have so many opportunities here at Tech to better ourselves," Frye said. "We have tutors and academic support at the Marsha Sharp Center and cool opportunities for community outreach and internships with the Leadership Academy. It helps to broaden our perspective and focus on what's really important. It's not just about what happens while we're here. They're also preparing us for life after college, which is very important."

Frye is currently pursuing a Bachelor of Science in Sport Management, a popular program among athletes at Tech, which prepares students to pursue administrative positions within many sports organizations across the globe. He hopes to one day chase his dream of working in the industry of sports as either an athletic trainer or collegiate coach.

A dream, he knows, could not be achieved without the help of others.

"I'm so thankful for the members of the Red Raider Club and all they do to help me get to where I want to go," Frye said. "Without their help, I wouldn't be able to do what I love. I hope they know how appreciative I am for the opportunity to go to school at Tech."