THE RED RAIDER CLUB LAUNCHES THE WALK OF CHAMPIONS 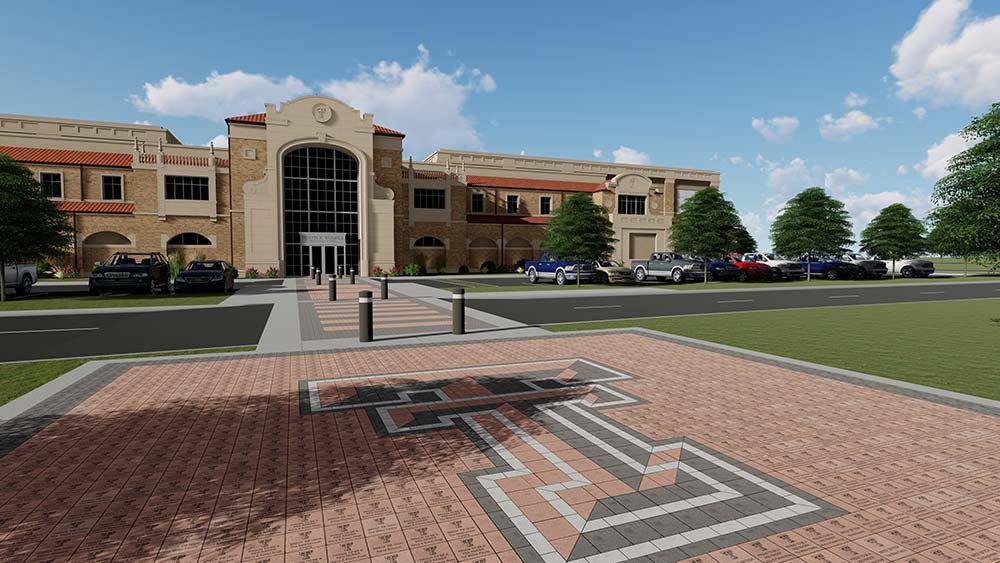 The Walk of Champions is a fundraising initiative established by the RRC supporting student-athletes through the Excellence Fund. Fans will have the opportunity to purchase engraved bricks showing their passion for Texas Tech basketball. There are eight different brick packages, running from $150 (4"x8") to $5,000 (24"x24") with options for customized messages. The Walk of Champions will feature the iconic Double T logo in the center of the walkway, with an option to purchase 8"x8" bricks in this 'premium' area starting at $500. With each brick purchased, fans will also receive a replica of their engraved brick. To receive the replica brick by Christmas, fans must place their order before November 22.

The Dustin R. Womble Basketball Center features two practice courts, a strength and conditioning weight room, men's and women's basketball coaches' offices as well as sports medicine and nutrition areas. The facility was possible by gifts to The Campaign for Fearless Champions, which has already funded 22 facility projects since its launch in August 2014. The campaign has also surpassed its goal of raising $10 million in student-athlete scholarship endowments as well as $5 million in endowments for the J.T. and Margaret Talkington Leadership Academy.

The facility provides student-athletes and coaches quick access to nearby United Supermarkets Arena. Both the Texas Tech men's and women's basketball programs will move their day-to-day operations to the facility once completed, giving both teams 24-hour access throughout the year for student-athletes to practice and train.